Explore South Australia’s remote Eyre Peninsula where you will be privy to the region’s incredible raw beauty, iconic wildlife encounters and ancient indigenous culture. This tour is for the foodies who enjoy oysters shucked straight from the ocean, savour bush foods all mixed with dreamtime stories from local indigenous communities. Discover rolling sand dunes, sapphire waters and white sandy beaches dotted with emus. 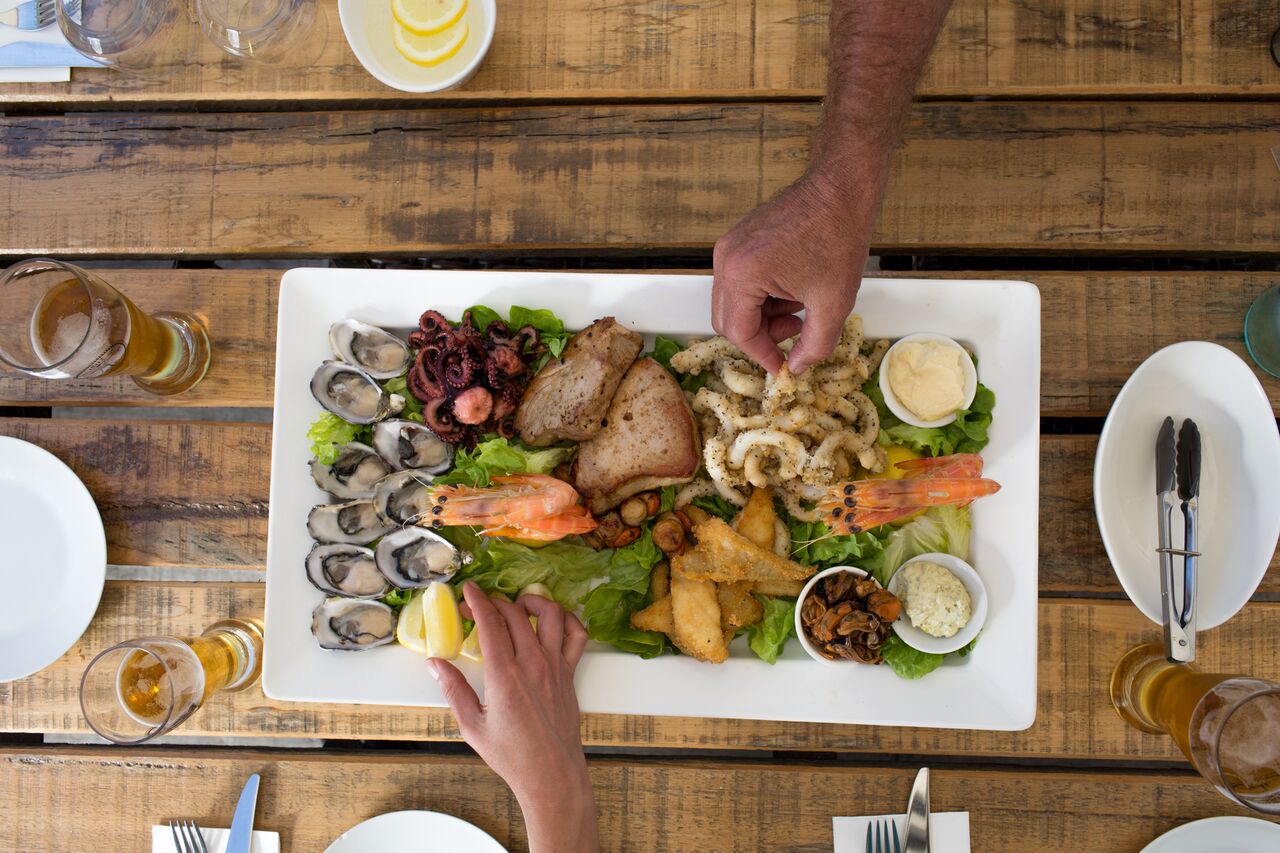 Welcome to the seafood capital of Australia, Port Lincoln! Your local guide will greet you at the airport on your arrival around midday, before you delve straight into following your tastebuds. A taste of Port Lincoln and the gourmet delights is prominent and a must for any visitor. Meet Tony Ford, one of Port Lincoln and South Australia’s best chefs at his Boston Bay Winery for a late lunch of seafood and wine pairing. Cook your own fish whilst learning about the various wines grown here along with sampling some of Port Lincolns very best seafood. This winery is the world’s closest vineyard to the ocean and we often joke that pruning needs to be done at low tide so the crayfish don’t bite you.  (Lunch)

An early start this morning, depart for beautiful Coffin Bay. This area is of outstanding beauty, sapphire waters, world famous oysters and is home to a variety of important species of flora and fauna.  Local Nauo aboriginal Jody Miller and a Wirangu tribe member, are outstanding individuals looking to preserve their traditional stories, values and cultures by sharing the knowledge of their traditions from the soul. Be completely absorbed as you learn about their fascinating indigenous culture through hands-on activities such as collecting and foraging for bush-tucker, understanding the amazing diversity of the bush medicine to be found, listening to their captivating story-telling and ancient history as you interact with your hosts to truly form an understanding of the local culture, community and history of this area, well before white man came along. You may even have the opportunity to experience some traditional methods of bush cooking and of course, tasting is a must.

As seafood is a major part of this region, we tempt you with another lunch of fresh seafood platters at Coffin Bay 1802 Oyster Bar & Restaurant (or similar) overlooking the pristine waters and oyster leases that have made the town, and it’s world famous oysters. This afternoon, we excite you with a cruise where you will be joining a local oyster farmer and cruising out to ‘The Brothers’ islands to observe the seabirds, seals and dolphins that call this area home.

Today is all about wildlife, nature and adventure featuring the amazing coast of the lower Eyre Peninsula. Set off early from your hotel around 6am for sunrise at one of the best viewing areas in South Australia – Winter Hill. From this vantage point, you can see the city of Port Lincoln, Boston Island, Boston Bay and all the way out to the stunning Port Lincoln National Park. Enjoy a picnic breakfast here as you absorb the 360 degree view towards Coffin Bay and the lower west coast of the Eyre Peninsula.

This is a superb photo opportunity, as the ever-changing cloud formations make for a stunning backdrop as the sun slowly creeps up. Then we are off on an adventure to Lincoln National Park. Experience the diversity of the national park, from the naturally rugged and wild Sleaford Bay and the Southern Ocean to the tranquillity of the Spalding Cove area and other beautiful beaches. Of the 29,000ha National Park, beachcomb along Surfleet Cove and take a 45-minute hike to see spectacular views of Boston Bay, Port Lincoln and the Port Lincoln National Park at the Stamford Hill Lookout. This national park is literally teaming with kangaroos, emus and native, coastal & inland bird species.

Continue to Whalers Way. Each stop along the dusty track is another superb photo opportunity, as the coastline and native wildlife inhabiting the area are truly spectacular. Further along this spectacular coastline is Cape Wiles, named after the botanist James Wiles who sailed with Flinders in 1802. Dozens of fur seals splash around the base of the two golden sandstone islands just off the point, protected on one side from the harshness of the Southern Ocean which also provides a great chance to see Ospreys feeding. Continuing on past some incredible coastline, stop at Cape Carnot. Cape Carnot is the southwesterly tip of the Eyre Peninsula and was named by French explorer, Nicholas Baudin in 1802. Freak waves have claimed lives here and signs serve as a constant reminder how dangerous this area can be as the full force of the Southern Ocean meets some of the oldest rock formations on the planet. Well known to geologists, these rocks are some 2460 million years old- give or take a couple of years! Theakstone’s Crevasse is the final stop along Whaler’s Way before the journey back into Port Lincoln. The crevasse is a deceptively deep fissure along a fault line, formed over millions of years. Walking down past it, you will be blown away at how deep the crevasse actually extends. For the record, the gully is 13m deep with 9m high walls and extends 30m underground. From this viewing area, you can clearly see the Cathedral Rocks wind farm. The farm is made up of 33 3bladed wind turbines mounted on 60m tall towers with the carbon fibre and fiberglass resin blades being a whopping 40m in diameter! The wind farm is bang on the coastline and cliff tops of the southern tip of Eyre Peninsula. This stop provides an excellent insight into how this form of green energy is created and used, to power up to 33,000 homes, as well as being a superb photo opportunity! Be sure to bring your swimming costume, as we might find some hidden picturesque rock pools to explore.

Continue on to the beautiful Mikkira Station, one of Australia’s very best habitats where Koalas can be found in the wild and at incredibly close proximity.

As the sun settles for the evening, we will relax with a platter of local produce, wine and listen to the sounds of nature as you enjoy listening to Australian Bush Poetry – Listen and be totally entertained with a true Aussie and his repertoire of Australian Bush Poetry. Sit back in amongst the koalas and wildlife, with a local drop and reminisce about our distant past and history. (Breakfast, Lunch)

Today is yours at leisure until 11am when you will be transferred to the airport for your onward flight. We can also organise (in advance) the below experiences for you if you would like to spend additional time exploring the Eyre Peninsula. (Breakfast) 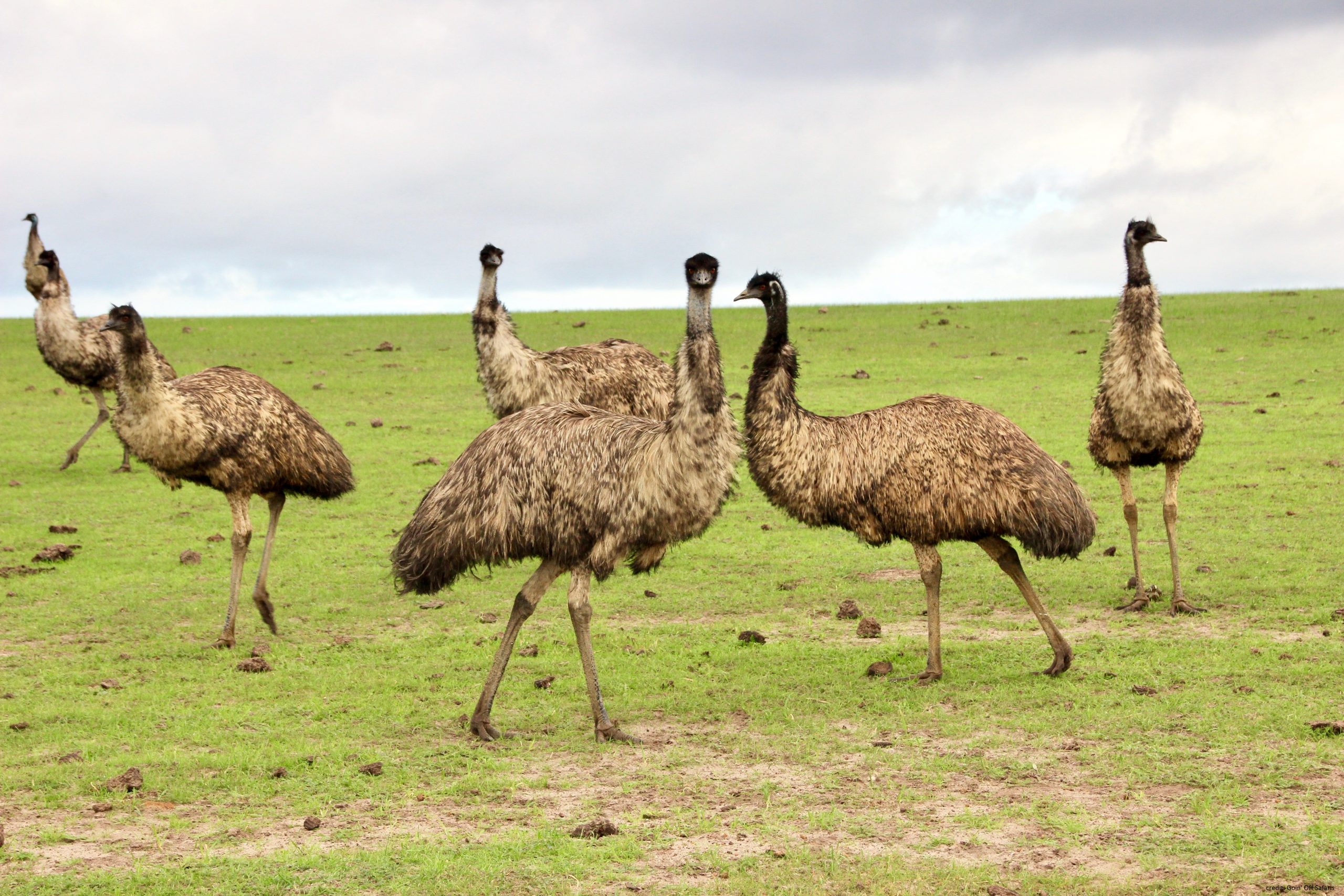 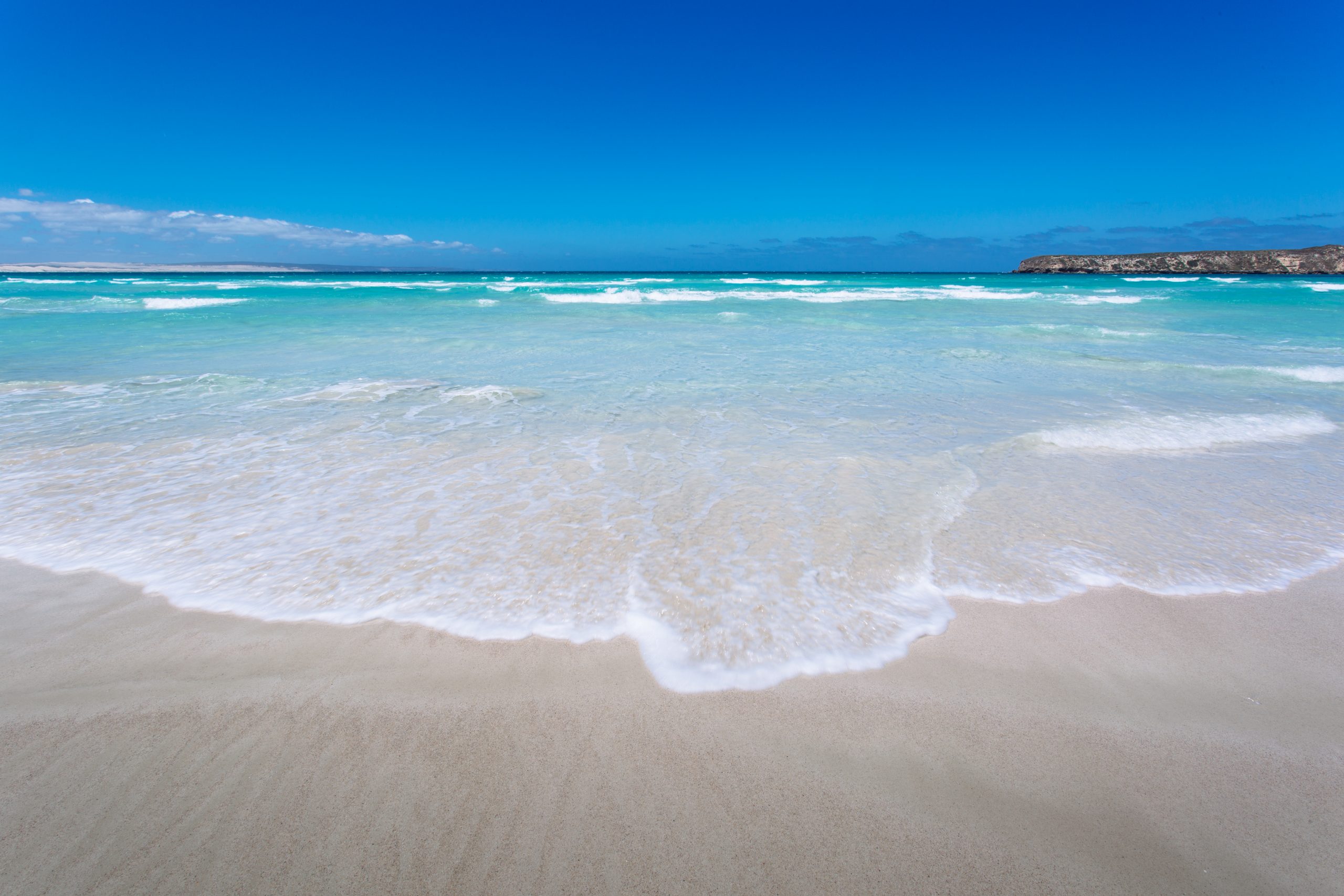 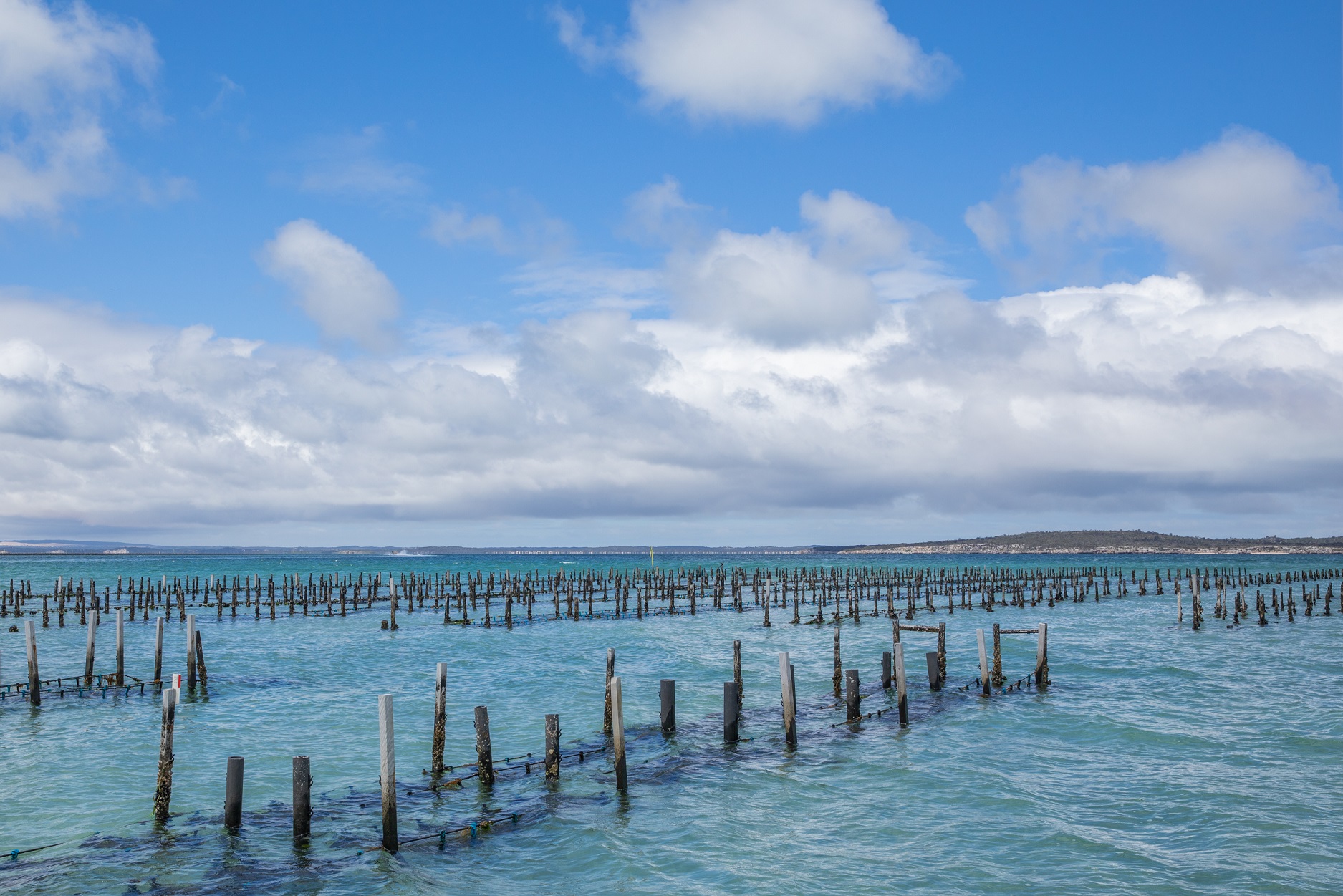 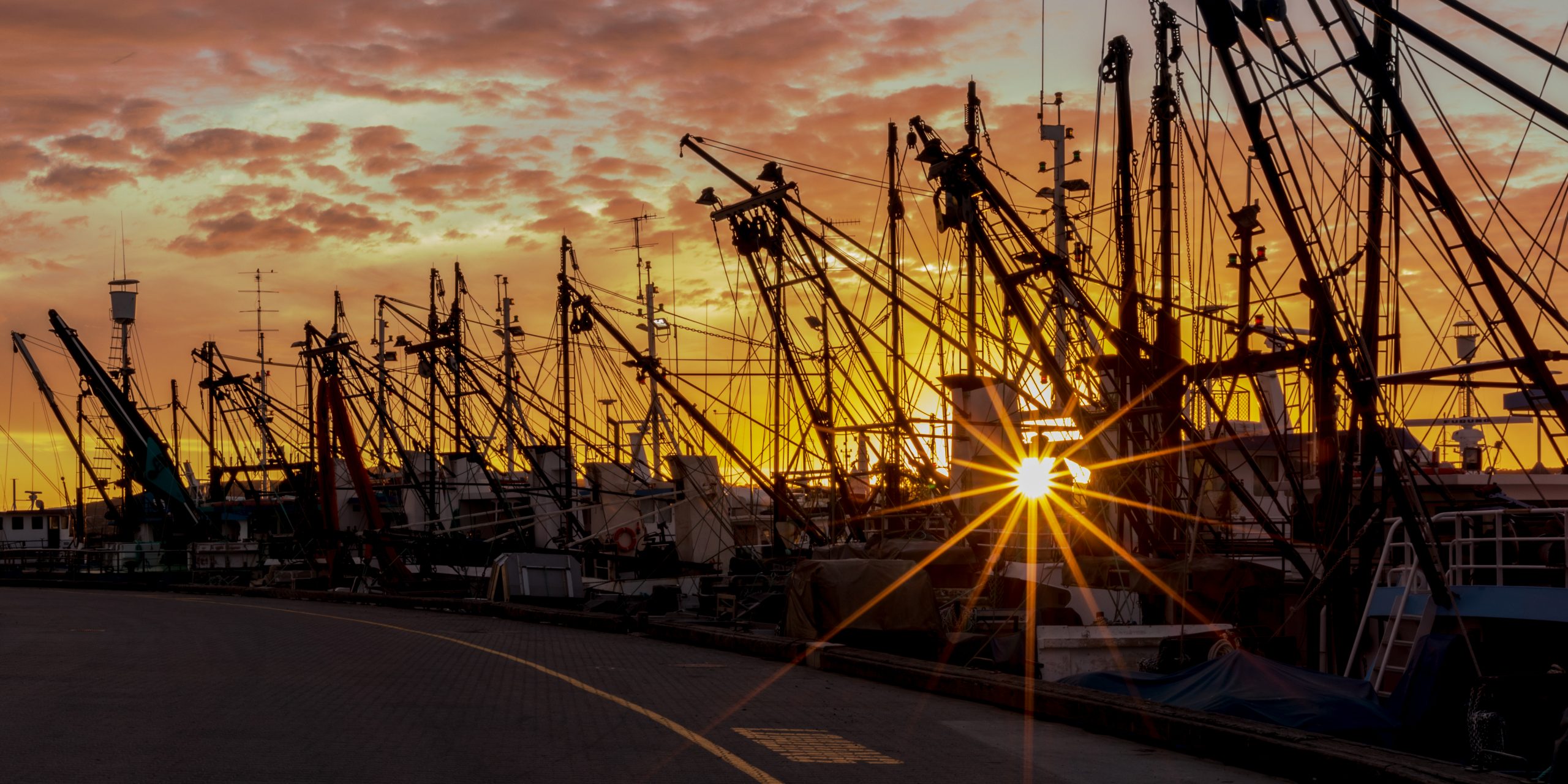 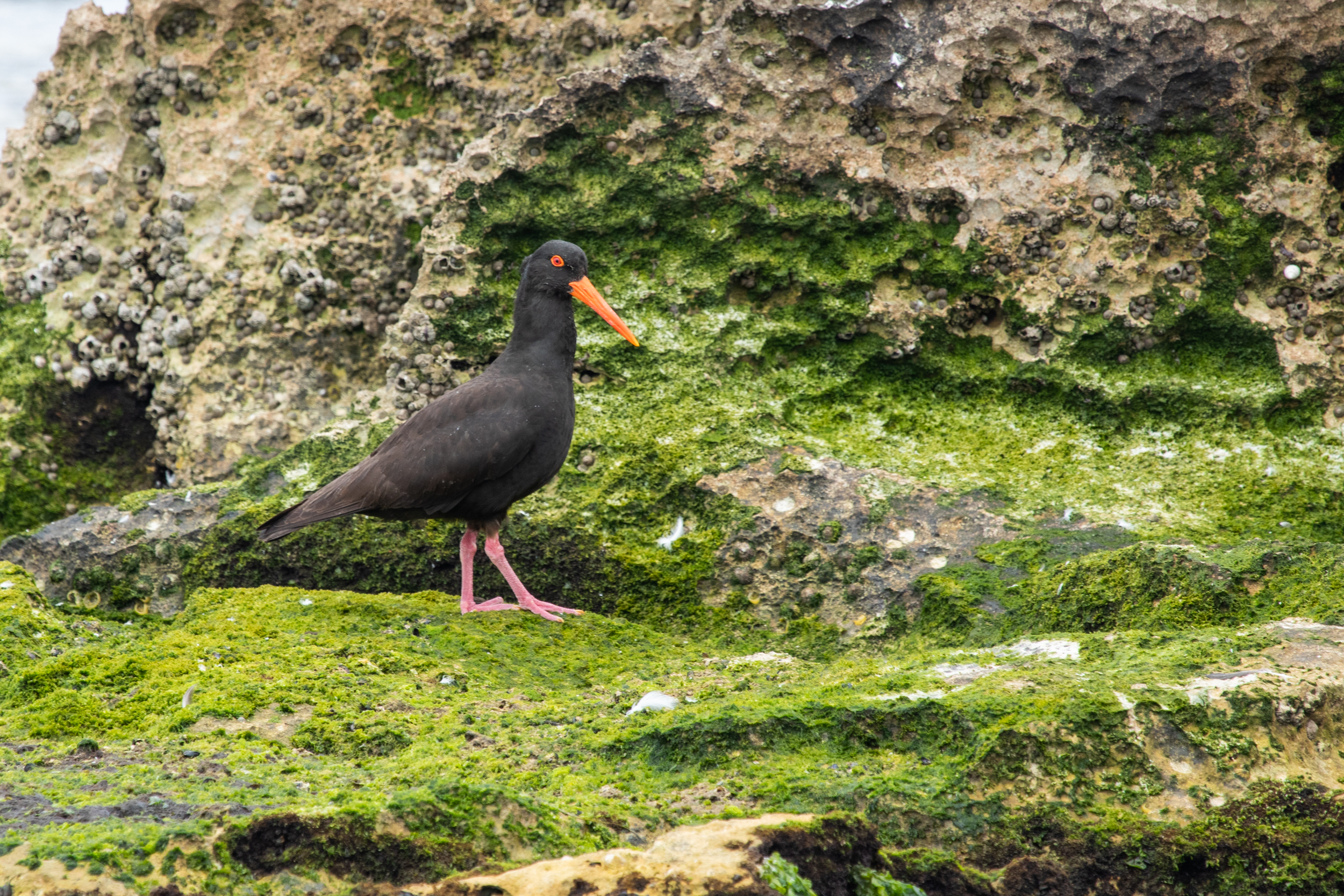 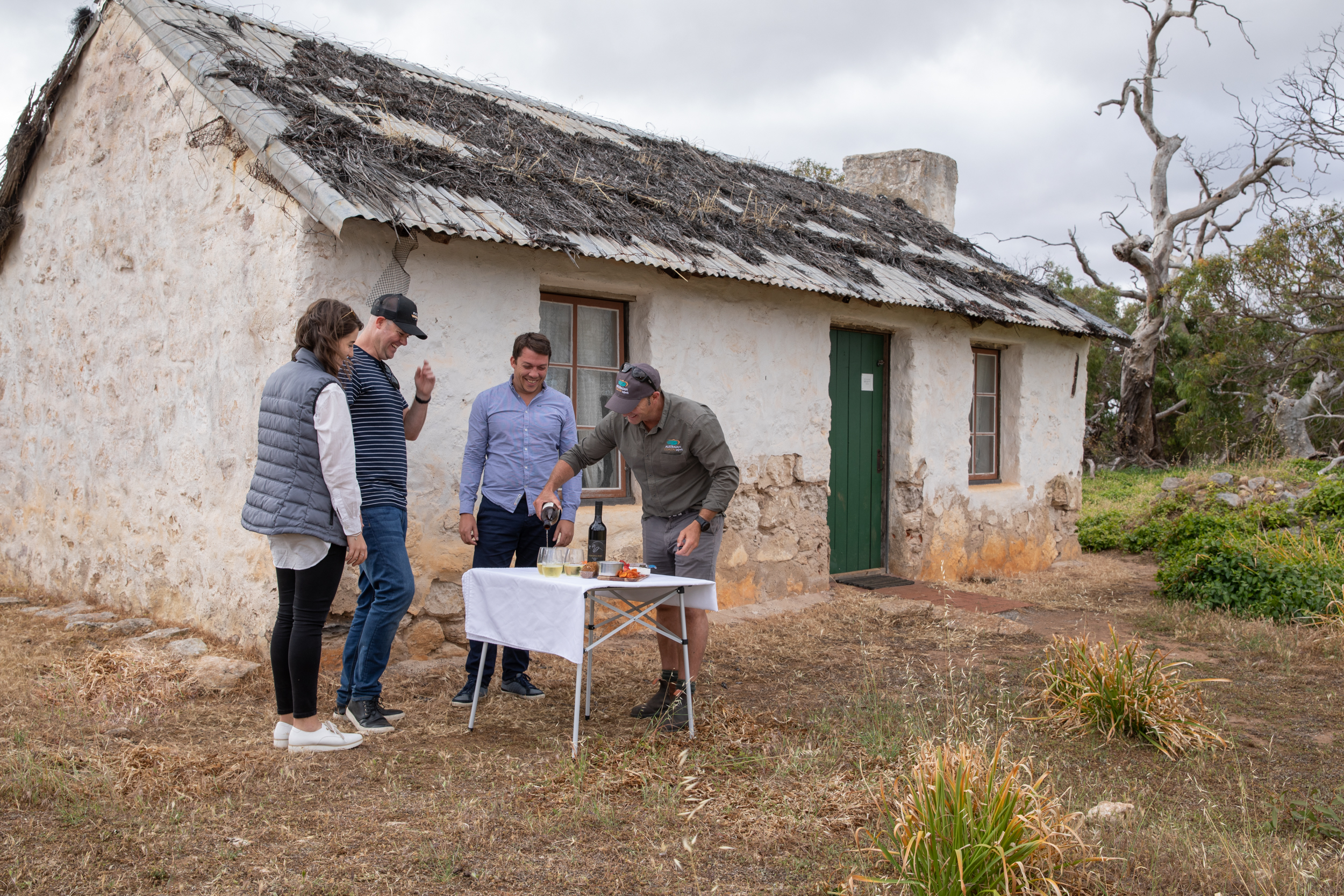 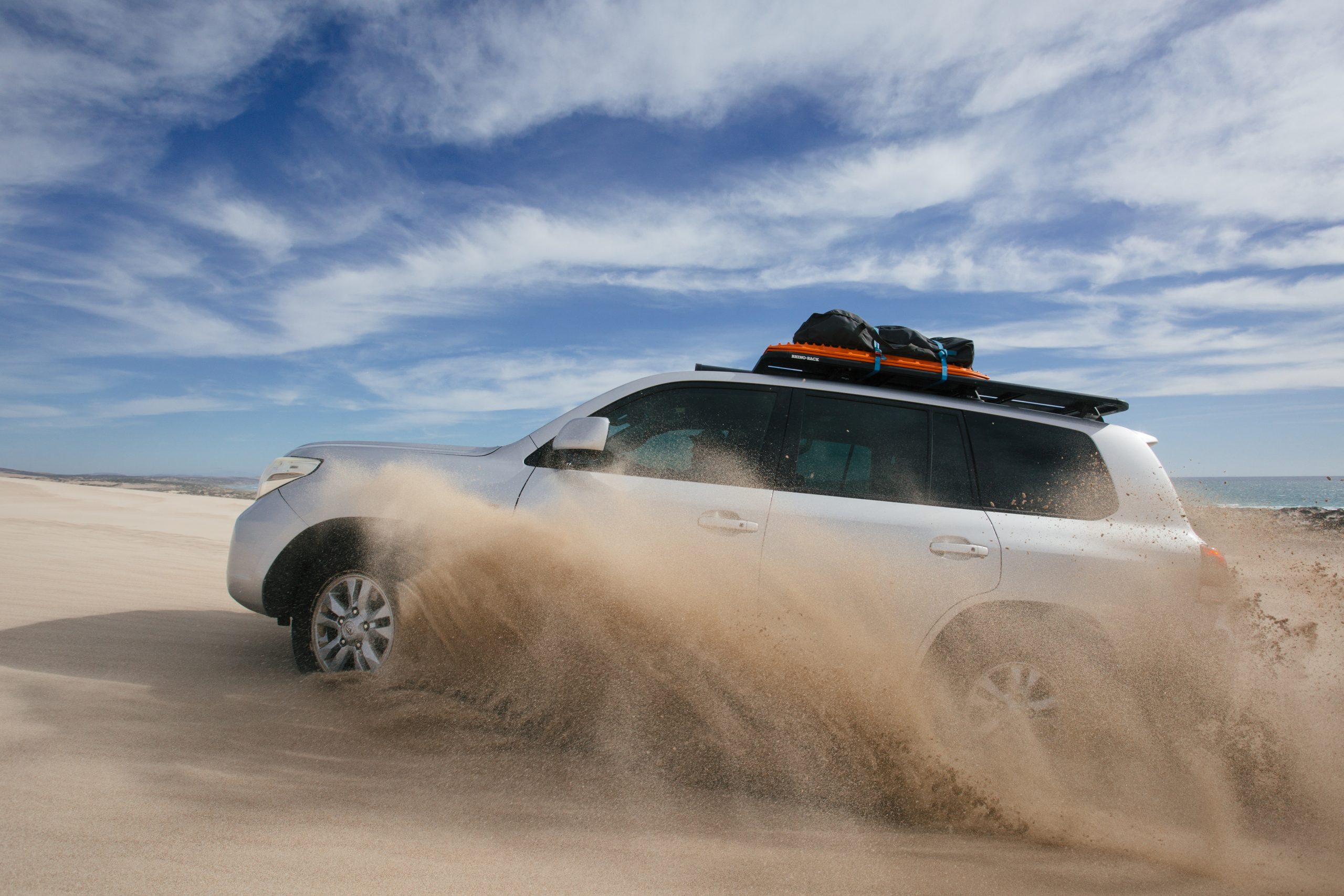 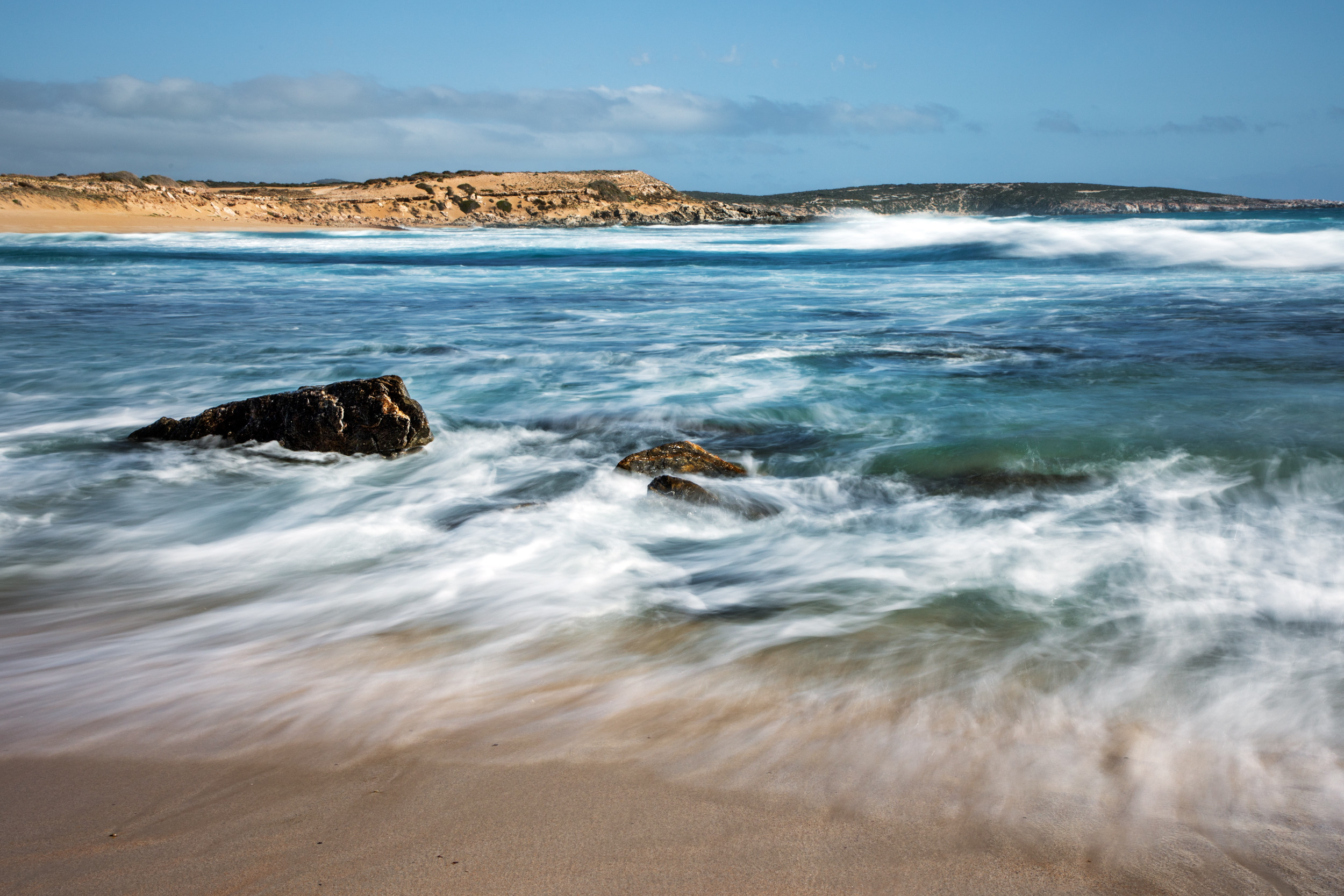 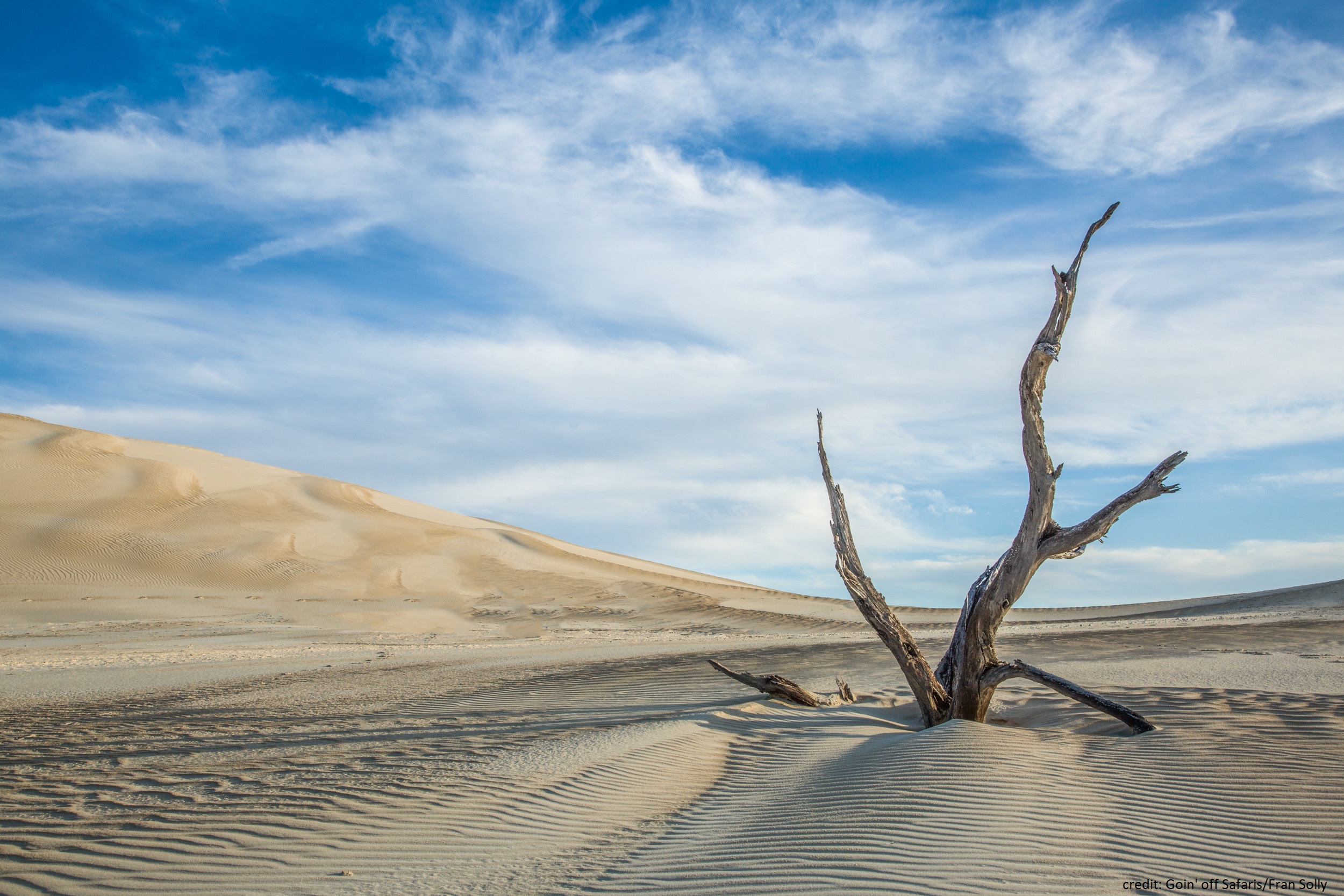 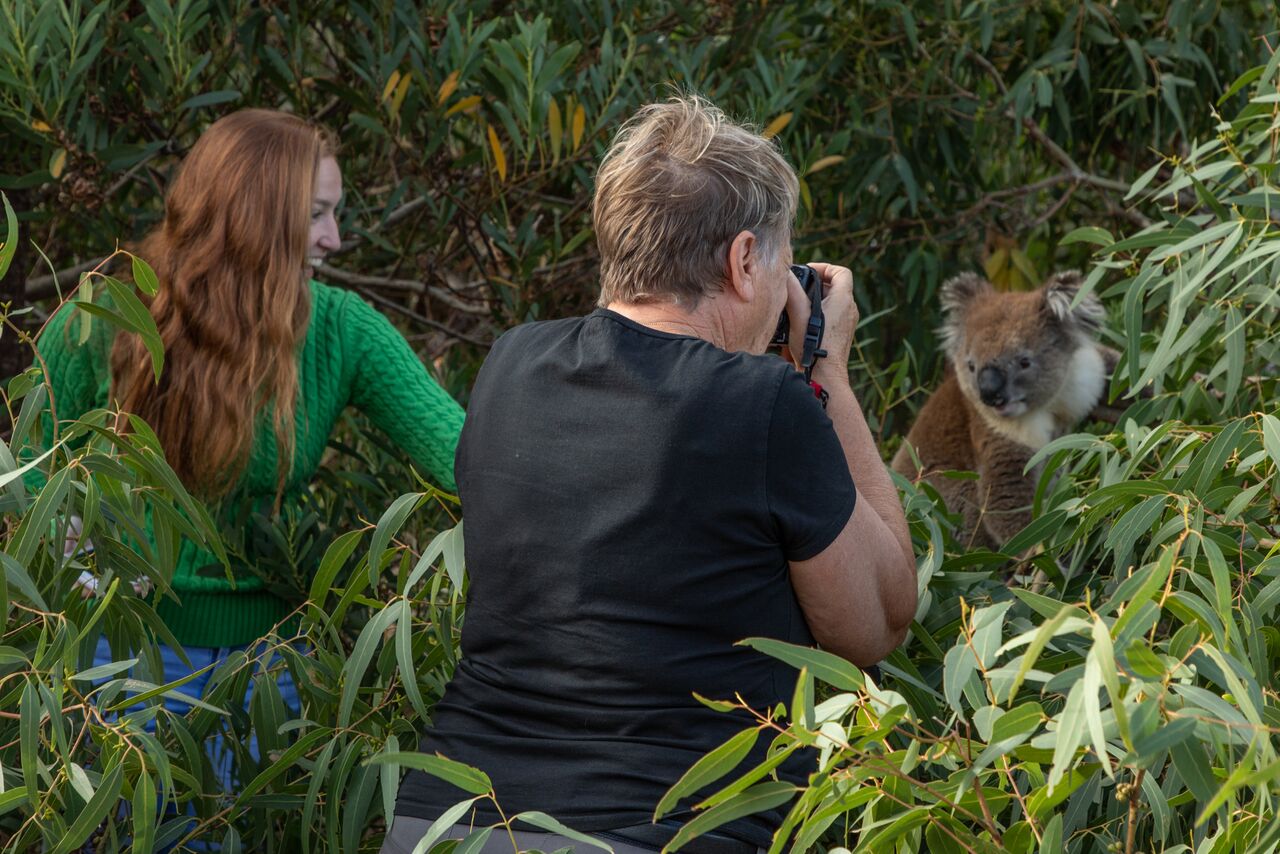